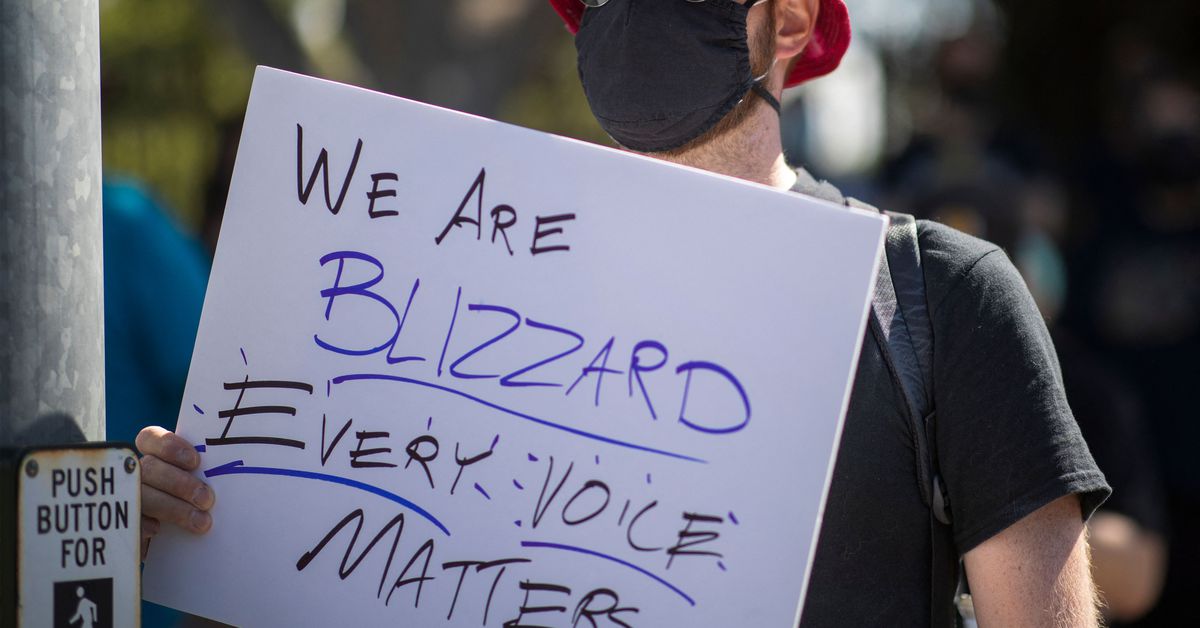 Activision Blizzard, the developer and publisher of mega franchises like World of Warcraft, Diablo, and Call of Duty, is in crisis. The company faces wide-ranging, highly damaging allegations that it maintains a toxic workplace environment that is hostile to women, employs a disproportionately low number of them, pays them less, and subjects them to sexual harassment, whose perpetrators are not meaningfully punished.

A two-week cycle of bad news and lackluster responses from the company has demoralized developers, particularly within Blizzard Entertainment, and the players and fans of its games. The company’s stock price has slid more than 12 percent since the story first broke. Two senior executives are out at Blizzard, and others who no longer work for the company are still being called to account for what took place during their time there.

What’s going on? Who’s left the company? What does this mean for the games they make? We’ll attempt to recap all of the developments in this story, updating this post as more details emerge.

Who is suing Activision Blizzard?

California’s Department of Fair Employment and Housing (DFEH) filed suit against Activision Blizzard on July 20, 2021 for 10 violations of state employment law. This followed a two-year DFEH investigation of the company’s workplace practices. DFEH’s report from that investigation, dated June 24, 2021, found that Activision Blizzard “discriminated against female employees in terms and conditions of employment, including compensation, assignment, promotion, termination, constructive discharge, and retaliation.”

The investigation also found that Activision Blizzard’s female employees “were subject to sexual harassment,” and that the company’s leadership “failed to take all reasonable steps to prevent unlawful discrimination, harassment, or retaliation.” DFEH is alleging numerous violations of California employment law, citing examples as far back as 2010. (This complaint is a civil lawsuit, not a criminal case.)

Additionally, a shareholder filed a lawsuit against Activision Blizzard on Aug. 3 alleging that the company’s negligent leadership contributed to the cycle of bad press and marketplace reaction, causing a significant drop in the company’s share price. That suit seeks class-action status to represent investors who bought Activision Blizzard shares over the past five years.

Why is California suing Activision Blizzard?

It is unknown what, specifically, caused the state to begin its investigation of Activision Blizzard. In August 2020, Bloomberg reported that Blizzard employees had been anonymously sharing a spreadsheet of their salaries and raises, after many had previously told the company via survey they were unhappy with their compensation. Activision Blizzard’s follow-up efforts regarding pay were apparently unsatisfactory, leading to the spreadsheet’s circulation.

The week after Bloomberg’s report, Dexerto reported that the federal Equal Employment Opportunity Commission had contacted multiple Activision Blizzard employees, informing them that it was investigating their company “in regard to allegations of gender-based and/or sexual harassment.” That communication asked employees to complete a questionnaire describing their employment experience at the company.

It is unknown where the EEOC’s investigation of Activision now stands.

What parts of Activision’s business are alleged to be discriminatory?

The lawsuit’s allegation of a “frat house” or “frat boy” culture is directed at Blizzard Entertainment. There, DFEH says, women were subjected to “cube crawls,” a kind of office party whereby male employees, who had been drinking, prowled the workplace and subjected women to unwanted advances, lewd behavior, and other sexual harassment.

“Female employees working for the World of Warcraft team noted that male employees and supervisors would hit on them, make derogatory comments about rape, and otherwise engage in demeaning behavior,” the lawsuit says.

J. Allen Brack, who until this week was Blizzard Entertainment’s president, allegedly knew of this and other misconduct, but he only gave “a slap on the wrist” to the only offender named in the complaint, former World of Warcraft creative director Alex Afrasiabi. (Afrasiabi is not a defendant.) Brack is also said to have been told in early 2019 that female employees were quitting “due to sexual harassment and sexism,” but, apparently, he did nothing about that. Brack resigned from Blizzard on Aug. 3, 2021.

Blizzard said on July 28 that it fired Afrasiabi in the summer of 2020. Public attention has fixated on Afrasiabi since a report in Kotaku described his behavior at past BlizzCons, the company’s annual fan expo. In the complaint and that report, Afrasiabi is alleged to have propositioned and accosted female co-workers at the convention, attempting to kiss them in front of supervisors.

Kotaku’s report said that Afrasiabi’s reputation for sexual harassment was so well known that his hotel room at BlizzCon was called the “Cosby Suite.” A social media post dated to 2013 showed Afrasiabi and other Blizzard developers gathered on a bed with a framed picture of Bill Cosby, who in 2014 and 2015 would be accused by more than 45 women of rape, sexual assault, or attempted assaults, leading to a 2015 indictment and 2018 conviction.

Activision Publishing, the portion of the company responsible for franchises such as Call of Duty, is mentioned by name only twice in the lawsuit’s factual allegations. “A female human resources employee at Activision Publishing was delayed and passed over for a promotion despite receiving positive performance reviews, doing substantially more work than her male counterpart, and taking over the actual responsibilities of the departing person,” the claim says.

Women working in Activision Publishing’s accounting department also told DFEH “that male counterparts were paid significantly more than them despite doing the same or less work and having less responsibilities.”

What is Activision Blizzard’s official response?

When news of the DFEH lawsuit broke, the company immediately released a statement to news media that said the case was built on “distorted, and in many cases false, descriptions of Blizzard’s past.”

Activision Blizzard said DFEH also “rushed to file an inaccurate complaint,” rather than “have good faith discussions with us to better understand and resolve any claims or concerns before going to litigation.” The company further said it was “sickened” by the DFEH complaint’s of an employee’s death by suicide and the insinuation that it was caused by a toxic workplace environment.

That was followed by an internal note to staff, written by Fran Townsend, the company’s executive vice president and chief compliance officer. “A recently filed lawsuit presented a distorted and untrue picture of our company, including factually inaccurate, old, and out of context stories — some from more than a decade ago,” she wrote.

Blowback from Blizzard employees was immediate. On July 26, more than 800 signed a letter calling the company’s response, and specifically Townsend’s note, “abhorrent and insulting to all that we believe our company should stand for.” More than 1,800 employees would co-sign the letter in the coming day, and Blizzard workers organized a walkout at the company’s Irvine, California headquarters the next day.

That got the attention of Activision chief executive Bobby Kotick, who on July 27 issued a statement that apologized for the company’s “tone deaf” response to the DFEH suit. “I am sorry that we did not provide the right empathy and understanding,” he said.

Kotick announced that Activision Blizzard had hired a third-party law firm “to conduct a review of our policies and procedures,” and encouraged any employee “with an experience you believe violates our policies or in any way made you uncomfortable in the workplace” to contact that firm’s lead investigator.

How has this affected development of Blizzard’s games?

The weekend after the DFEH lawsuit was filed, a senior designer at Blizzard said “almost no work is being done on World of Warcraft right now while this obscenity plays out.” The following Tuesday, the WoW development team posted a statement to the game’s forums vowing “immediate action” to make its games and community more inclusive and welcoming. This specifically meant removing two references to Afrasiabi, whose name was the basis for at least two NPCs and a number of in-world items.

Brack had been with Blizzard for 15 years, ascending to its top job after founder and chief executive Mike Morhaime left in October 2018. Before then, Brack had been a leader on the World of Warcraft development team.

Also on Aug. 3, Blizzard announced that Diablo Immortal, the mobile adaptation of the action RPG, had been delayed to 2022, past its original release window for the latter half of 2021. Blizzard’s statement on the delay did not reference the turmoil brought on by California DFEH’s lawsuit, however.

The company’s quarterly earnings call with investors on Aug. 3 was predictably dominated by the topic of the lawsuit. Oneal, present for the discussion, told an analyst that Blizzard was “doubling down on our development recruiting as we expand the scope and vision of our franchises.”

She continued: “When we come together, we make some of the best games in the industry, and we’re now seeing that energy applied to our culture, which is equally important. There’s a lot of work ahead of us. But the passion and productivity are already here. And when our people feel safe and supported, the rest is going to take care of itself.” 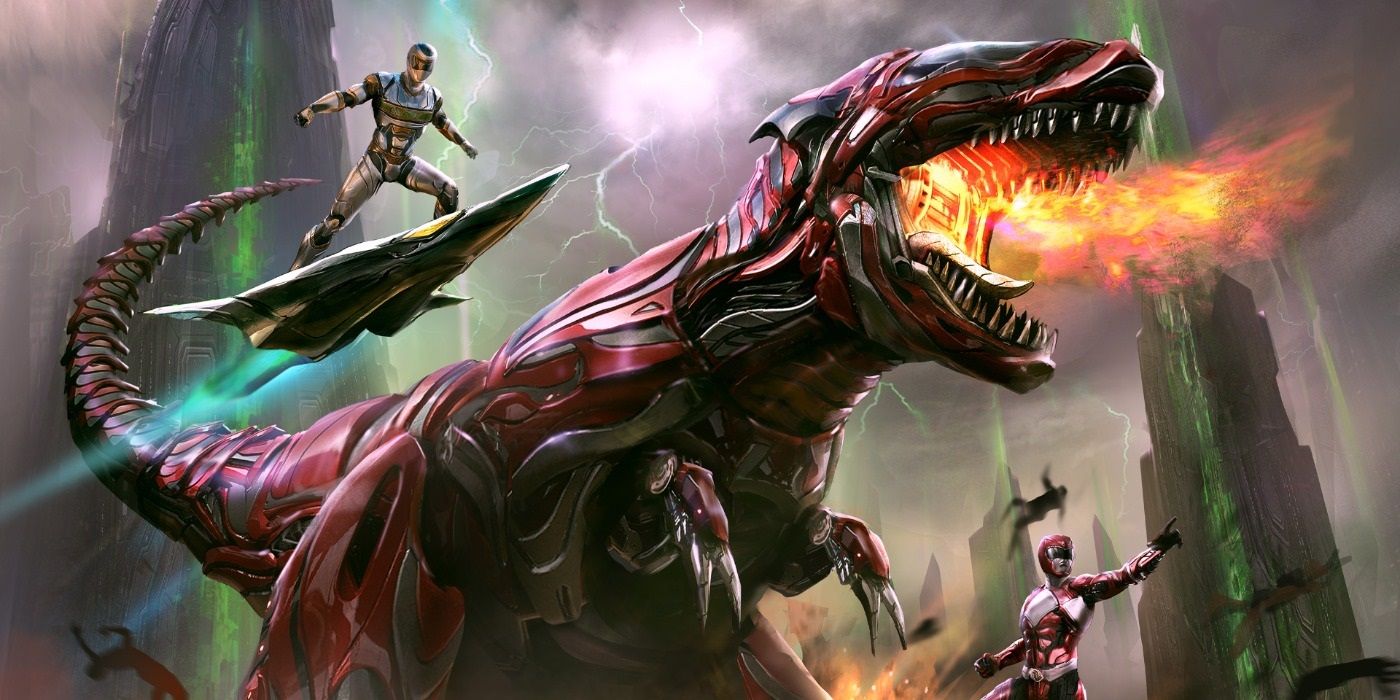